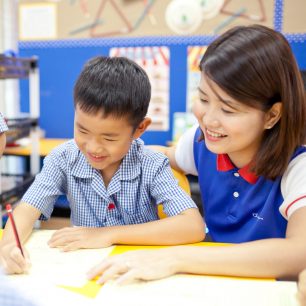 I remember thinking how wonderful it was that my son was going to be educated in a world where, thanks to the advances in technology, we weren’t going to have to focus too much on his rather poor penmanship. I must admit it did feel like a bit of a lucky escape for both of us. I remember spending many hours perfecting my cursive writing and worrying that I would lose points for neatness. I guess that is all behind us now. The question is, is that a good thing?

Learning to write is not easy. In fact, it is one of the most complex tasks we engage in. It involves both motor control and critical thinking skills. Learning to write is also a long process, one that begins when a toddler scribbles on paper (or, as in some cases, any surface they find nearby!).

Once a child reaches the age of about 3 or 4 years old they will begin to write down ideas and thoughts. This will often be in the form of scribbles with the odd recognisable letter and there.  Children at this age are beginning to understand that letters of the alphabet have sounds but they may not yet have grasped that when these letters are put in a specific order they represent one idea or word. The success of how quickly they get this is directly linked to how often they are read to or exposed to the written word.

Once they begin to understand this at around 5 they will begin to write words, using invented spelling to label their pictures. As they practise more they become more controlled in their pencil grip and learn the conventions of print, such as writing from left to right, spacing words, when to use lower or uppercase letters. At the same time their handwriting will become neater and smaller and it will be something they can do relatively automatically, focusing more on the idea than the formation of letters and spelling of words.

Even gross motor skill activities or physical play helps. Writing involves a relationship between physical movement and learning. Children need to have experiences of actively orienting their own bodies in space, by moving up, down, backwards, forwards right and left. This enables them to better grasp aspects of writing such as orientation of letter symbols on a page. When you think about it ‘p’ and ‘q’ are both made up of a line and a circle, for that reason many children do get them confused, but it is easier to learn the difference if the child has experience moving his own body through space.

It is becoming more and more common to see young children sitting in their prams or high chairs engrossed in an app on an iPad or smartphone.

What will be the impact of interaction with technology at such an early age?

This is a hotly debated area. One school of thought believes it is imperative that children become comfortable with digital technology as soon as possible, while others feel this will have detrimental effects on their social, physical and emotional development.

It is undeniable that digital technology is becoming more and more a part of many children’s everyday lives. There seems to be a rise in the number of preschools where children are colouring on iPads or engrossed in an electronic interactive storybook. Educators who use tablets as a teaching tool for young children are clear that it can be used to teach the basics about letters, numbers, shapes, colours, even composing music.  But does this stand in the way of the interactive and social play that we know holds such rich learning opportunities for children?

When it comes to writing I don’t believe that children will use an iPad or computer to draw and scribble in the same way they do with paper and pencils or crayons.  I have seen my children spend much time engrossed in an activity on an iPad but generally they are watching something or making choices from a number of given options in an activity.  It is really only when they have paper and pencils or other art and literacy tools that I see them fully engage their imaginations and creativity, coming up with something that reflects their thoughts and feelings.

Once children are older and have well developed motor control and communication skills they can then effectively use a keyboard to write because they will effortlessly be able to transfer their thoughts into words through typing.

For young children I believe both parents and teachers must make sure that the emergence of digital technology does not rob children of the time it takes to practise the skills needed to learn how to write. Even as our society seems to move towards digital communication, don’t forget children do need to learn to write by hand. Handwriting is much more than simply putting letters together to form a sentence; it is a key part of learning to read and communicate. Furthermore, a number of literacy experts feel that developing writing skills reinforces reading skills and vice versa.

Once children get to primary school there is certainly a drop in the emphasis on penmanship as compared to how today’s adult generation remembers it. Let’s face it, nowadays we don’t write by hand nearly as much as we did in the past. More and more schools around the world are dropping cursive writing from their curriculum.  The feeling is there are better uses for the limited time the children spend in school.

Next year my son’s class will be paperless – so he excitedly told me recently! This means, I think, that all homework and classwork will be done on their laptops. Now, as relieved as I am that we don’t seem to need to worry too much about his letter formation or neatness, I do wonder what this will mean in the long term.

It is certainly a shame to think that in the future we may see less and less of the creativity and flexibility of people’s individual handwriting style. That specific and personal writing style makes people’s writing instantly recognisable. I think we all know how emotive an old postcard or letter is when we find it.  I don’t think the same connection to a loved one will be felt when we read an old email or blog post.

I think the personal aspects of handwriting are so well described by Philip Hensher on why penmanship matters particularly in the digital age.

“We have surrendered our handwriting for something more mechanical, less distinctively human, less telling about ourselves and less present in our moments of the highest happiness and the deepest emotion. Ink runs in our veins, and shows the world what we are like. The shaping of thought and written language by a pen, moved by a hand to register marks of ink on paper, has for centuries, millennia, been regarded as key to our existence as human beings. In the past, handwriting has been regarded as almost the most powerful sign of our individuality. In 1847, in an American case, a witness testified without hesitation that a signature was genuine, though he had not seen an example of the handwriting for 63 years: the court accepted his testimony.

Handwriting is what registers our individuality, and the mark which our culture has made on us. It has been seen as the unknowing key to our souls and our innermost nature. It has been regarded as a sign of our health as a society, of our intelligence, and as an object of simplicity, grace, fantasy and beauty in its own right. Yet at some point, the ordinary pleasures and dignity of handwriting are going to be replaced permanently.”

Philip Hensher
The missing Ink: The Lost Art of Handwriting (and Why it Still Matters)
1st Dec 2012

So even though we cannot fully predict what the long term effect this age of technology will have on the development of our children’s writing skills we can safely say that penmanship, as we knew it, is falling by the wayside. I agree children need not be forced to write in perfect cursive writing nowadays given that almost all school work is done on computers. However  I also feel that our handwriting is as much a refection of our personality as our clothes or hairstyle.

This summer I am going to get my son to keep a journal of all the fun things we do while we are away. I am not going to give him a hard time over his writing – unless of course I can’t read it! I am going to know that he is creating a keepsake that he will treasure, that will bring back memories of sitting at the kitchen table and evoke the feelings he experienced at that magical moment in time. 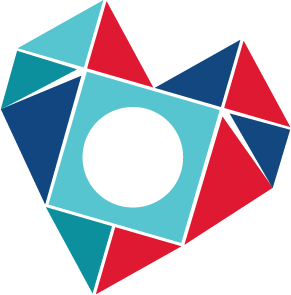